A simple guide to cash vs accrual accounting

Not all accountants are property managers, but all property managers are trust accountants—at least some of the time. Managing money is a key part of the job, so it’s important to have a grasp of the basics. And that includes knowing the difference between cash basis and accrual accounting.

Essentially, the difference between cash and accrual accounting lies in when income and expenses are recorded on the books. And the choice between the two can have a major effect on a business’s cash flow and the appearance of its accounts.

What is cash basis accounting?

The cash method recognises revenue when income is received and expenses when they’re paid. It’s commonly used by sole traders and small service businesses whose accounts can operate on a simple cash in and cash out basis.

For example, a consultant might deliver services and invoice immediately but not receive the payment until a month later. Under cash basis accounting, they wouldn’t record the income until it hit their account, even though they’d already completed the work.

Likewise, if they bought some office furniture and deferred payment, they’d record the outgoing when the money left their account, not when the purchase was made.

What is accrual accounting?

Accrual accounting records revenue when it’s earned and expenses when they’re incurred, no matter when the money changes hands.

Using the consultant as an example again, they’d record their income as soon as they issued their invoice, even if they didn’t receive payment until later. Similarly, if they deferred payment on the office furniture, the expense would still be recorded immediately.

Accrual accounting is the norm with larger, higher-revenue businesses. It’s also used by some smaller businesses too, but this is less common, particularly as the accrual method takes a bit more accounting know-how—and often professional bookkeeping assistance.

Cash basis accounting is popular in the small business world because it’s easy to understand and maintain. It’s obvious when income comes in and expenses go out, and there’s no need to track accounts receivable and accounts payable.

For businesses that don’t have their own in-house accountant, this can be a major advantage. The accrual method can get complicated quickly, particularly when some bills are paid in advance and other in arrears. Often, money needs to be shunted around between accounts, and business owners need to be careful when they decide it’s time to record income.

The cash method—unsurprisingly—also makes it much easier to monitor a business’s immediate finances. A quick look at the bank account, and it’s obvious what state things are in. For small businesses, it’s crucial to be aware of how much money is on hand. Using cash accounting makes it easier to ensure there’s always enough in the kitty to stay afloat.

The simplicity of cash basis accounting is also its greatest disadvantage. While it’s useful for giving business owners an immediate sense of the health of their bank balance, it can fail to demonstrate the bigger picture.

This can be particularly risky when it comes to debts. For example, if a business defers expenses under some sort of “buy now, pay later” deal, they won’t show up on the books until the payment is actually made. That means business owners using the cash method need to be aware of upcoming expenses and be sure they have sufficient funds available to cover them.

The cash basis method can also muddy the waters when assessing the success of various periods. As a simplistic example, a business might have a very busy January but not receive payment until March, a month where they did little business at all. Under cash accounting, March would seem like the better month on paper, as that was when the income was recorded.

With a little digging, it’s clear that January is the real winner. But for a business with lots of income and expense items on the book, maintaining a clear picture of busy and quiet periods isn’t always simple. This is particularly true when the gap between when revenue is earned and when it’s recorded is lengthy.

Such a lack of clarity can be problematic for businesses for all sorts of reasons. For one, unless they’re careful, business owners who operate using a cash basis method can find themselves understaffed during busy periods and overstaffed during quiet periods.

Accrual basis accounting generally provides a much clearer and fuller picture of a business’s cash flow. This is because it more accurately reflects earned revenue and incurred expenses at any one time.

Using an accrual method makes it much easier to see which time periods—whether months, quarters, or years—are most successful, undistorted by any delays in payments going out or coming in. Similarly, accrual accounting can make it simpler to plan for the future too, as all revenue and expenses are accounted for.

This level of clarity makes accrual accounting a good choice for businesses that handle complicated transactions. That’s because under the accrual method, money can be tracked in different accounts, depending on whether it’s received in advance or expected but not yet received. And because expenses are recorded immediately, it’s much harder to accidentally overspend.

The most obvious and immediate disadvantage of accrual basis accounting vs cash basis accounting is that it’s more complicated. While tracking money as it comes in and out of an account is fairly simple, anticipating income and expenses in advance is more challenging.

This added complexity can result in confusion and costly mistakes. Unlike with cash basis accounting, it can be quite easy for a business to look much healthier than it is. Particularly one that is waiting on large invoices to be paid.

Unfortunately, it’s also always possible that revenue won’t arrive when it’s supposed to, leaving business owners who use an accrual system out of pocket.

Choosing between cash and accrual accounting

Choosing between these accounting methods comes down to a range of factors, including business type, size, goals, and resources. That said, there are some hard-and-fast rules about which methods some businesses must use in Australia, particularly around GST.

If you’re considering the choice between cash and accrual accounting, it’s worth talking to an accountant and finding out which would be best for your business, its tax obligations, and its cash flow.

Still number-hungry? Check out our guide to understanding trust accounts or find out how Console Cloud is helping Radi Estates boost their bottom line.

Lack of tech adoption the biggest threat for agencies 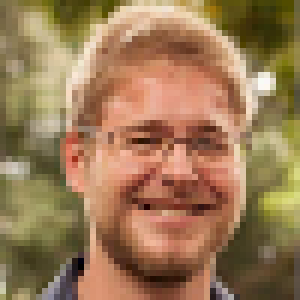 Lack of tech adoption the biggest threat for agencies

Get your free ebook

Register for newsletter from Console

Enter your details to get started